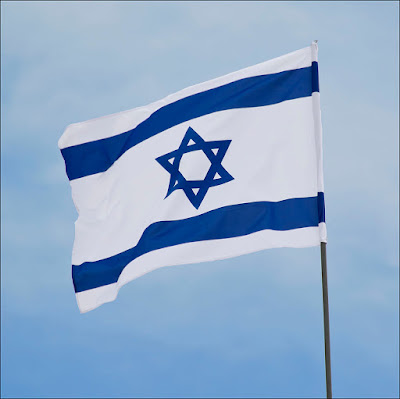 Librarians and teachers are always looking for resources about Israel that are educational but also fun. While I usually shy away from straight promotion, I recently met two entrepreneurial ladies who sensed a need in the community and are filling it. 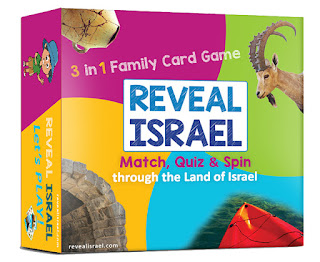 I met Miriam Lottner at a local mega-mall (a variety of vendors rent tables at a local hall and the community can find all kinds of gift items, housewares, services, etc.). She is the driving force of the new and innovative game Reveal Israel. The game was created by five mothers, who met through a mother's networking group, who decided that their kids should be playing Jewish games and learning to love Israel in the process. The amazing thing is that in the deck of playing cards there are more than 70 locations in Israel (photographed by Miriam) that "reveal" the history, geography and culture of the area. One feature I love is that there is a map on every card that shows where the site is located in Israel.

It is three games in one: a matching game similar to Spot It! but all the symbols have to do with Israel; a quiz game with questions and answers, and a spin game to challenge older players. While the target age is six to twelve, the game has fans ranging in age from three to 90, as it is easy to play and compact enough to bring wherever you go.

The game has been so well received that many more are in the works: Reveal Chai - an exploration of Jewish Life, Holidays and Customs; Reveal Jerusalem - celebrating 50 years since the reunification of the city; and other locations including Florida and New York City.

The game comes in both English and Hebrew and is available at their website. You can also contact them if you are interested in creating a deck for your city or state.

The goal of String Bridge Kids is to help kids connect to their Jewish heritage and tradition through creative expression. Leah and Yossi Karp are originally from Melbourne, Australia. They and their six kids currently live in Israel.  They formed String Bridge to give young people a creative outlet and tactile experience while learning about Israel. 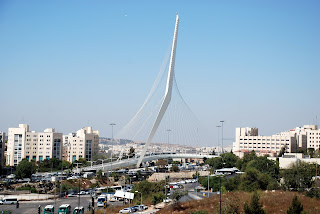 Named after the iconic modern landmark at the entrance to Jerusalem, the company currently offers a choice of two different boxes of craft projects:

Hello Jerusalem! includes three great projects: a shopping bag stamped with a design of the domed buildings of the city, a mezuzah, and a Jerusalem scene with the String Bridge.

Hello Teva! introduces young crafters to the sight and sounds of the rest of Israel with a decoupage vase, a model of the Sorek Stalactite Cave and a panorama of kayaking on the Dan River.

"Every craft (3 per box) comes with instructions to do the craft, as well as "5 Fun Facts" about the craft." For the mezuzah, for example, the Karps interviewed a sofer stam and contacted mezuzah artist Ester Shahaf. For the String Bridge craft, a map of the light rail, translated from Hebrew to English especially for String Bridge is included.  "We make sure to give a page of interesting information, pictures, websites or maps on every craft."

The boxes are most appropriate for those aged six to twelve, but younger kids (and adults) will also enjoy making the projects. The boxes are sent directly to the child, and he or she will also receive a card on their birthday. String Bridge also has an affiliate program and the boxes are available as fundraisers for your organization.

And there are more on the way! Get Festive! is a six-pack of boxes featuring the major Jewish holidays, and different themes including art and the Seven Species are also in the works. 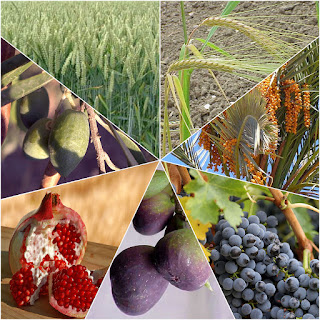 In the summer heat of Israel, the real cats are looking for shade: 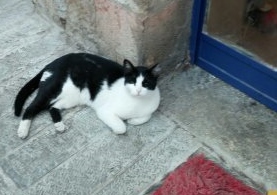 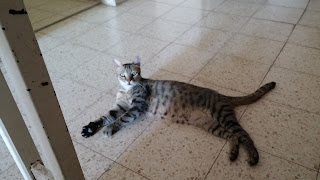