The three weeks between the fast days of the 17th of Tammuz and the 9th of Av are also known as the time "between the straits" (bein haMitzarim). Jews mourn the destruction of both Temples, as well as other calamities that have befallen the Jewish people. During this period, the customs include not making wedding celebrations, not listening to live music, and not cutting hair. From the 1st of Av to the 9th of Av, things get a little more stringent, with limited bathing and no needlework. Between a sensitive nose and no crafts, it is a particularly challenging time, but it also gives a small taste of the sadness over the destruction of the Temples.

Thursday (August 8th) was a particularly sad day: Two precious souls were taken much too soon. I cannot articulate my sadness, so I borrow the words of Sandy Cash: 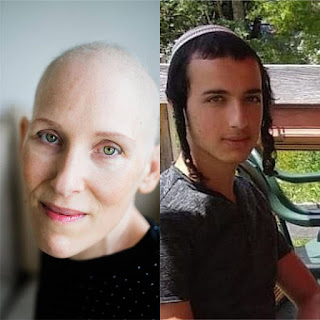 Two pure souls met on the ascent.
“I never thought it would be so soon,” said one, whose name was the foundation stone of the holy Temple.
“I will always be grateful it wasn’t sooner,” said the other, whose name was Love and Faith.


They rise, Shabbat descends. A one-day respite from Tisha B’Av—our mourning for so many losses.
On a Foundation of Love and with Faith, may we increase holiness in the world.
****
Dvir Sorek, z"l, a 19-year-old student, was stabbed to death by a terrorist, and buried last night.
Last night, Ahava Emunah Lange, a wife and mother who inspired the world with her courageous, 7-year battle against ovarian cancer, died last night.

Holocaust Non-Fiction
I already felt like I was under a dark cloud because I've been reading personal accounts of the Holocaust. When the book sites ask for a rating, I can't say I really liked these books or enjoyed reading them.  But I learned a lot, and they definitely set the tone for these sad days. 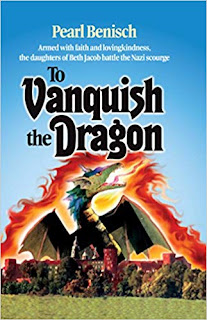 To Vanquish the Dragon (Feldheim, 1991)
Pearl Benisch's life in Krakow before the war was a happy one. She had a large loving family, she had attended Bais Yaacov and absorbed all the lessons, and her family had a profitable thread factory. Then everything changed. While poignant and heart wrenching, her story is inspiring as well. She and her schoolmates upheld the principles they had learned and applied them every day -- helping each other, sharing meager food rations, caring for the sick, and trying to keep everyone's hope highs. She eventually achieved her dream of living in the Land of Israel. 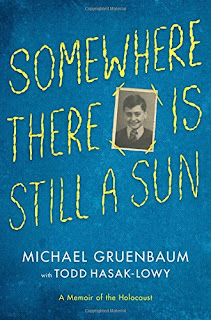 Michael Gruenbaum enjoyed his life in Prague and loved going walking with his father, whether to synagogue or to the King of Railroads train store. The memoir is effective because it is narrated from a child's point of view (Michael was eight when the Nazis occupied Czechoslovakia). He is upset by all the rules, mostly because he cannot go to the park and play soccer. His father is taken away by the Gestapo, and weeks later they hear of his demise. Michael and his mother and sister are deported to Terezin, where Michael plays soccer and performs in the opera Brundibar. The family survives and eventually moves to the United States, where Michael graduates from MIT and Yale. While there are some graphic details (carts filled with corpses), much of the horror is tempered by the child's perspective of not knowing all the details. 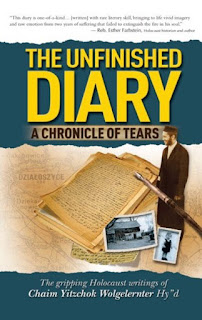 During his time in hiding (September 1942 - June 1944), Chaim Yitzchok Wolgelernter, hy"d, began writing a memoir. More than a diary or daily log, he would quote from the Torah and add his perspective on the events around him. As he heard of family members and noted rabbis that had been murdered, he wrote beautiful liturgical poems (kinot) using the letters of their names to start the verses. After successful eluding the Nazis (and Poles) for two years, his group separated, and his sent his writings ahead with his brother. Chaim Yitzchok and seven others were shot and killed not far from where they were hiding. Heartbreaking and tragic, the book illustrates how families were torn apart, how every day was a struggle to survive, and what enormous potential was never fulfilled. It also testifies that only did the Poles know what was happening, their profited from the Jews' misery at every turn. The book was particularly sad to read on Tisha B'Av because Wolgelernter talks about the fast day and how his family's experience so mirrors the words of Jeremiah: "Large and small will die in this land; they will not be buried and no one will eulogize them...No one will break bread for their bereavement to comfort them about the dead...about their father and mother..."(16:6-7). The translators and editors did an excellent job, and the maps inside the front and back covers made the family's travels much easier to follow and understand. 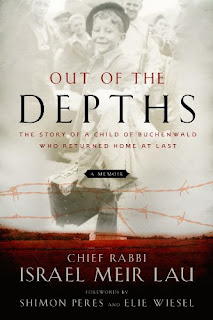 Out of the Depths (Sterling, 2011)
Israel Meir Lau's memoir isn't as dark as some of the other books. First of all, he was eight years old when he was liberated from Buchenwald. While Rabbi Lau does have memories (trains, dogs, boots), much of what he knows about his experiences were related to him by others. He credits his brother Naphtali over and over again for saving his life so that he could carry on the rabbinic tradition of the Lau family. His book is not only about the Holocaust, but life in the nascent State of Israel, and a career that led to the Chief Rabbinate (Ashkenazi) of Israel. Traveling around the world to fulfill some of his rabbinic duties, he was able to find the daughters of the Russian soldier that protected him in Buchenwald, as well as other survivors who remembered his family from Poland.


This Real Cat of Israel found a napping shot in a garden: 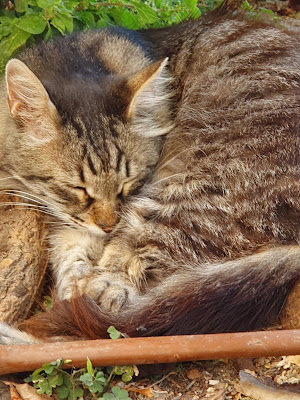