This lyric from “Shattered” by the Rolling Stones sums up my reading this month.


Warning: This entry is meant for adult readers and there will be spoilers. 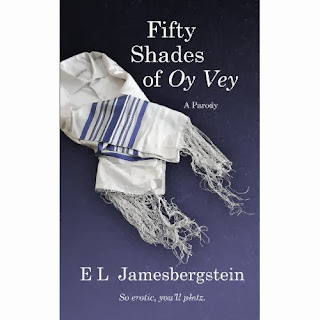 Fifty Shades of Gray took the world by storm. Entertainment Weekly calculated the equation of its success: “erotica plus fan fiction plus a book-buying female readership liberated by a choice in literary delivery systems equals a whole new garden of opportunities for the publishing world in the digital age.” This sensation (soon to be a movie) inspired several copycats and a lot of spoofs, but this is the first one I’ve encountered with a Jewish angle.


Fifty Shades of Oy Vey! by E. L. Jamesbergstein stays close to the original plot line. College senior Anatevka Stein interviews bagel mogul Chaim Silver for the Hillel Newsletter and sparks fly at their first encounter. “His age and his waist size are both roughly 40. He has a pale, sickly Yeshiva boy glow. Yet I am drawn to him. Powerfully drawn to him.” Except this version includes Jewish mothers, lots of ethnic food and a “kinky Ketubah.” There is an exchange of emails and an encounter with a salami in the “Blue Room of Broadloom.” While I know I should be offended and appalled by both the SMBD and the stereotypical Jewish jokes, I was amused. Instead of Anatasia’s “inner goddess,” Anatevka has an “inner yenta.” Billed as “so erotic, you’ll plotz,” it’s an entertaining parody.


Discussing Sexuality with Kids
I recently reviewed Talking about Intimacy & Sexuality: A Guide for Orthodox Jewish Parents by Dr. Yocheved Debow (Ktav and OU Press, 2012). While the book contains important information, most people will not give it the attention it deserves. For more traditional Orthodox readers, there is no approbation, so they may be reluctant to read it. For more modern Orthodox readers, they can get a lot of the information from secular sources and on the internet. In a 342-page book, I found that page 167, where the chapter on “Relationships between the Sexes” was where the book really began to deal with the intersection of sexuality education and halacha (Jewish law). What I got out of the book was the media’s pervasive influence on our body image, perception of sexuality, and perception of what’s “normal.” Included in the book are “Helpful Conversations,” which give examples of how to broach such topics as sexuality, dress and identity, and homosexuality. The test subject, my adolescent teenager, ran out of the room screaming when I tried to start these conversations.

At the same time I was reviewing Dr. Debow’s book, I got a copy of a Sex & Faith: Talking with Your Child from Birth to Adolescence by Kate Ott (Westminster John Knox Press, 2013), which is a “grace-filled guide (Christian approach) to bringing the good book and the “big talk” into loving and lasting relationship.” The first time the author mentioned Jesus, I thought “What Would Jesus Do?” Well, besides some rumors about him and Mary Magdalene (read The Da Vinci Code for more on that legend), it seems he did not have a relationship with a woman. Then I thought, what would happen if he asked his mother, the Virgin Mary, “Where did I come from?” “Well, son, we lived in Nazareth, but you were born in Bethlehem. Let’s leave it at that.”


Getting past my initial musings, I liked the tone of the book. Ott urges respect for all others, and stresses the value of appropriate information. She evens suggests some of the same resources as Dr. Debow and has similar suggestions for answering questions. In the first chapter, Ott debunks several myths and stresses the need for constant communication with children about “relationships, our bodies, what it means for us to be a boy or a girl, and yes, occasionally sexual intercourse.” For those who are squeamish about this discussions and mentioning body parts, it is important to remember that “accurate language for body parts helps children feel comfortable and knowledgeable talking about their bodies. This way, they can communicate with adults if they need help getting dressed or using the bathroom, and they can also accurately report and describe abuse if it happens.”


Although Jesus is mentioned 38 times (Thank you, Kindle), if you can get past this, Ott’s is a sensitive and straight-forward presentation. She suggests some great resources throughout the book, and she includes a list of them in the back matter, as well as additional resources. The screaming teenager was also more receptive to the question and answer format than the model conversations.


The Age of Innocence versus The Innocents


I am a huge Edith Wharton fan. I love The Age of Innocence for all the reasons I love literary fiction: great characters, sense of place and time, twists and turns. This was also a rare case when I enjoyed the movie as much as the book because of the lush scenery and the performances of Winona Ryder as May Welland, Daniel Day-Lewis as Newland Archer, and Michelle Pfeiffer as Ellen Olenska. You can see the exact moment when Newland falls in love with Ellen, and the subtle change in countenance when May realizes Newland has fallen. I also love it because it’s such a period piece. This story could never happen now. Newland would either break his engagement or have an affair, not marry and be concerned about his sense of duty and May’s honor.


But what if it did take place in modern times, in London, with Jewish protagonists? The Innocents by  Francesca Segal won the 2012 Costa Award for First Novel, as well as the 2012 National Jewish Book Award for Fiction, the 2013 Sami Rohr Prize, and a 2013 Betty Trask Award.  It was long-listed for the 2012 Women's Prize for Fiction (formerly the Orange Prize). Despite these accolades, I was not as blown away as most readers. I enjoyed the sense of place in London, and I did enjoy the Jewish aspects. While there were not the strict dictates of early 20th century society, there were definitely dictates of the Jewish community in which the characters lived. Looking at the novel on its own, not as a book based on another one, it was a good story because of the conflicted characters. As a book based on an earlier work, it lacked the subtlely of Wharton’s novel, and thus fell short of the mark for me.


Interesting that Fifty Shades of Gray was panned as derivative fan fiction (a rip-off of Twilight), and The Innocents is receiving such high praise when it is based on someone else’s original story.


Wishing those in the United States a Happy Thanksgivukkah from the land where it is Thanksgiving every day and where the miracles of Hanukkah occurred. 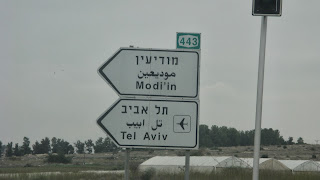 Email ThisBlogThis!Share to TwitterShare to FacebookShare to Pinterest
Labels: Fifty Shades, sexuality, The Age of Innocence, The Innocents