Nosh This, That and Especially Page 72

I have several vices, or virtues, depending on how you look at it, which, during the High Holiday season, is an interesting thing to ponder. One of them is books, which encompasses the love of the written word, an appreciation for the creativity of illustrators, and also the physical aspect of books that define almost all the rooms of my home. As Marcus Tullius Cicero said, “A room without books is like a body without a soul.” In the Jewish home, the kitchen is often the soul of the house. Providing nutritious, sustaining meals and enhancing holidays with customary and symbolic foods are integral functions of this room. How many people have warm memories of special foods made by a loving mother or relative, the smell or taste of which floods the senses with nostalgia?
Another vice (or virtue) is baking. Mixing ingredients and seeing them transform into a delicious dessert, the aroma of freshly baked items, and the fact that you normally don’t have to bake every day make it a little more special than cooking, which has to be done every day. Baking challah is a one way we transform a physical act into a spiritual one with intention and prayer (if you are separating challah).
So the intersection of books and baking is cookbooks. My collection ranges from an old notebook in which my grandmother wrote down recipes after some prodding. The secret recipes with “a handful of flour,” or “fill this cup half full of water” had to be converted to standard measurements because my mother’s and my hands are bigger than my grandmother’s and neither of us has her special cup. Then I have plenty of those spiral bound ones that were compiled by a local sisterhood or PTA. Though not very pretty, some of my best recipes come from these: simple and tasty. I also have several of the “cookbook as memoir” variety, where stories are dispersed amongst the recipes, or maybe the recipes are dispersed through the narrative. I’m a purist: although I love to look through cookbooks, I like to either cook/bake or read, not do both at the same time.
Then there are recent cookbooks, which are beautiful, with clear color illustrations accompanying every recipe, lots of white space around the recipe so it is easy to read, and detailed indexes of the content.
But what do you do when, because of food sensitivities, your family cannot partake in the treats of yesteryear made with wheat flour? You run, do not walk to the store (physical or online) and get the brand new Nosh on This: Gluten-Free Baking from a Jewish-American Kitchen by Lisa Stander-Horel and Tim Horel. It is published by The Experiment and distributed by Workman Books, and I thank my friends at both places for providing a PDF. I’ve hit the trifecta again:

In my case, it was my great-aunt who pined, “It’s so fresh, and it’s so dahlicious, and if you don’t eat it, I will have to throw it in the garbage.”
Many of the recipes are available on the author’s blog, Gluten-Free Canteen, but as already discussed, it’s just not the same unless you’re holding this book in your hands and debating whether to make another batch of Rugelach or try the Chocolate Babka (or make both because you never know you might stop by!)
Although all the recipes sound amazing, there are several that invoke the High Holiday spirit – the Apple Upside Down Cake with Pomegranate Honey Syrup (yes, on page 72), or the Honey Cake (page 71), or the Baked Honey Bites (page 138). One could even argue that the Linzer Hearts would remind us to open our hearts and that the Black and White cookies are a nice visual for illustrating the darkness of sins versus the whiteness of purification. But we decided to go even deeper than that. The mazal or astrological sign for this season is Libra, the scales. So as our good deeds are weighed in the Heavenly Court, we’re going to have some coffee and Goldie’s Pound Cake! 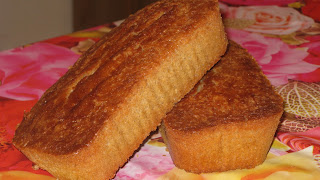 May we all be inscribed for a year of health, happiness, peace, and delicious gluten-free baked goods.
Posted by KSP at 8:27 AM