Yes, it's that time of the year again. The jacarandas are in bloom in my neighborhood; 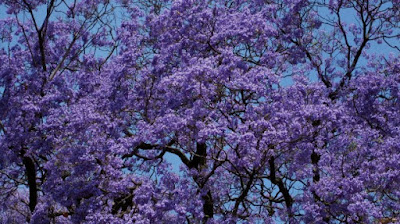 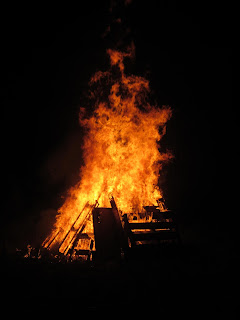 and I had an uplifting and informative day at the Jerusalem Women Writers' Seminar (JWWS). So what words of wisdom and inspiration were bestowed by the speakers?

Rebbetzin Sara Meisels (the Bobover Rebbetzin) opened the day with a dvar Torah and reminded the packed hall that writers inspire and influence their readers. That is their gift from Hashem. If you are given that gift, you must use it to the benefit of Klal Yisrael (the Jewish community).

Jonathan Rosenblum is a regular columnist for many Jewish publications. As the lone male speaker, he felt a little pressure, but he spoke about the ability of writers to connect to others. He reminded the group to develop a thick skin, to seek constructive criticism, and not to be obsessed with the money aspect of the craft.

Esther Heller, editorial director of Menucha Publishers, spoke about "Writing Great Leads." There are many types of leads -- narrative, questions, summary, etc., and seminar participants were able to practice writing them after a mock press conference.

Next were the Shapiros:
Sarah Shapiro spoke about "The Role of Jealousy in a Writer's Life," while Debbie Shapiro discussed "Keeping Your Privacy When Your Personal Life Is Public." After some amusing anecdotes and family stories, she talked about writing about her challenges with Parkinson's Disease. While she did not want to be defined by the disease, she concluded that it pays to talk about something personal sometimes. She has received phone calls of support and empathy; has helped people to understand what people with the disease go through, and started an organization, Tikvah for Parkinson, that provides knowledge, support and advocacy.

Avigail Sharer, aka Leah Gebber, spoke about "Tales as Old as Time." Looking at fairy tales, there are prevalent themes and prototypes that can be guides for writing fiction. So don't think of Jack and the Beanstalk, Cinderella and Snow White as children's stories. Think of them as stories about "Overcoming the Monster," an underdog or someone who goes from rags to riches, and a tale of rebirth, respectively.

After a very appetizing lunch, back again, those twins that epitomize "twinness:"

Miriam has been writing a weekly serial, Freefall, in Mishpacha Magazine. It takes place between 1939 and 1945 and is about World War II, but not the Holocaust. Emmy Leah, a professor of literature, provided a literary analysis of Miriam's work to help attendees improve their own writing.

In a session entitled "Serial Murder," the sisters' lively banter covered the elements of a good story:
Quote of the day: "Getting off topic that's on topic, we need good (well-written) Jewish books. They don't end with the wedding and "they lived happily ever after;" they continue through the marriage and life with all it joys and sorrows."

In the afternoon, two sets of workshops were offered. I attended Tzippora Price's "Writing with Passion and Purpose." Tzippora read two selections about childhood memories and then asked the group to write with both the voice of innocence and the voice of experience -- a memory from childhood with all the sensory details and looking back on it as an adult. Then we had to answer two questions: what is so special about this memory now? and what does it mean now that I couldn't have known then? Those brave enough to share wrote about childhood bullying and experiencing words that hurt.

Malka Schapps, aka Rachel Pomerantz, provided exercises in "Telling the Truth in Fiction." The task was to take a real interaction or event and turn it into fiction. Some stories need a little embellishing to entice readers, while other stories, even though true, are so crazy that no one would believe them.

I am the lucky winner of Rabbi Benjamin Yudin's new book, Gateways to Greatness (Mosaica Press, 2017). In it, Rabbi Yudin shares "gateways -- ideas, methods, teachings, and practical wisdom -- to become happier, better and more connected people." A fan of his weekly dvar Torah on Jewish radio, I can almost hear Rabbi Yudin's voice as I "have the privilege of reading about unlocking one's potential.


Thanks to Stephanie Weiss for the ride home via "the beautiful way," aka the back way (not on Highway 1). 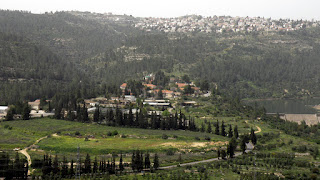 Thank you to Tamar Ansh and Esther Heller for organizing another great conference. 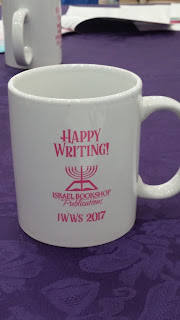