Two recent books with Jewish content have "ink" in the title:  If All the Seas Were Ink by Ilana Kurshan (St. Martin's Press, 2017), winner of the Jewish Book Council's Sami Rohr Prize for Jewish Literature and Rachel Kadish's The Weight of Ink (Houghton Mifflin Harcourt, 2017), winner of both the 2017 National Jewish Book Council Book Club Award and the 2018 Jewish Fiction Award of the Association of Jewish Libraries.

If All the Seas Were Ink

I went to hear Ilana Kurshan speak in Jerusalem on May 1. The event took place in the Beis Midrash of the Pardes Institute of Jewish Studies, but unlike the four rabbis of the Talmud (Hagigah 14B), I walked out alive, (relatively) sane, and with more knowledge than when I walked in. 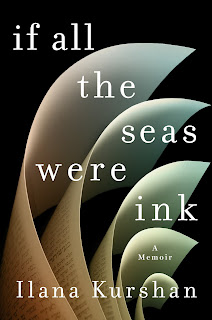 Kurshan's memoir is the kind of book I like to read: I want to finish it to see how it ends, but then again, the book is so enjoyable, I want to go slow and savor every word. It takes its title from a famous quote found in rabbinic literature: "God's eternal glory could not be described even if the heavens were parchment, and the forest quills; if all the seas were ink, as well as every gathered water; even if the earth's inhabitants were scribes and recorders of initials." After reading the book, I feel like I know Ilana Kurshan, and more than that, I think we would be friends. We are both lovers of books, and we both value our privacy. We both live in Israel, and we both juggle motherhood, wife-hood and career. After meeting her in person, I learned we are both left-handed, and she is just as sharp and smart in person as she is on the page.

The book is her account of learning the daf yomi, the daily study of Talmud instituted by Rabbi Meir Shapiro of Lublin. She decided to take on the project as a coping mechanism for the challenges in her life at the time, which included divorce after a brief marriage, living in Israel alone, and a tendency to keep to herself. Instead of plodding through life, it became measured in pages learned, and Kurshan woke up every morning looking forward to what she would learn that day. She kept a journal, wrote notes in her Talmud, listened to podcasts when she couldn't sit with the book, and wrote limericks and sonnets to fortify her understanding of the rabbinic discussion. She spoke about how the Talmud page informs daily experience and how experience deepens her understanding of the text. Five years ago she had given birth to twins and was learning the tractate of Shabbos. The description of Rabbi Shimon Bar Yochai and his son living in a cave felt apropos, as Kurshan spent her days nursing two babies, rarely interacting with anybody else. When she did go out, she was reminded that when Rabbi Shimon and his son finally emerged from the cave, they were overwhelmed and shocked by the mundane pursuits of the world. Rabbi Shimon said to his son, "You and I suffice for the entire world," and they returned to their cave.

Besides over 2,700 pages of Talmud, what did Kurshan learn? How to be a better parent, the value of humility, the willingness to listen to other people's opinions, and that to truly learn Torah, you must write it for yourself. She shared one of her sonnets, about Kiddushin 82b, that ends, "A job may suit a young man when he's spry; But Torah gives old men the wings to fly."

At the lecture, the topic was Talmud. In the book, Kurshan wove her love of literature, particularly poetry, into the story, especially when she and her now husband were getting to know each other. Now that she is on her second cycle of daf yomi, she has moments when she is intrigued by the text and realizes that she enjoyed those passages in the first cycle. She also enjoys the aggadot embedded in the halachic framework, so that the stories inform the law and vice versa.

The Weight of Ink

The lives of two women connect across centuries as Helen Watt, an ailing twenty-first century historian delves into a cache found in an old London home that contains the work of Ester Velasquez, who lived in 1660s London and worked as a scribe for a blind rabbi. The first big discovery for Watt and her assistant is that the rabbi's scribe is a woman, a situation unheard of in "those days."

For me, I knew of certain key points and personalities in that period of history: Oliver Cromwell, Spinoza, Sabbatai Zevi, the Plague, the Inquisition, the first Jews in New Amsterdam. Kadish weaves all of these into the story, making Spinoza's excommunication and Zevi's false Messianism a big part of the story. There is a very strong sense of place in London, so much that you can almost hear the sounds and smell the odors as Ester walks through the streets of the neighborhood on her errands. 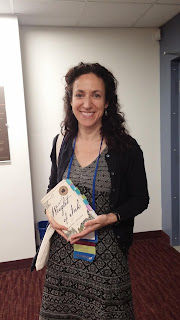 She spoke at the Association of Jewish Libraries Conference on June 20th, where she accepted the inaugural Jewish Fiction Award. Kadish told the rapt audience that she starts writing when something is bothering her and she doesn't know what she thinks about it. She wanted to write a story about a woman who doesn't want to die without writing a word. In the Jewish community of the late 1600s, she saw a beautiful and fierce desire to rebuild, but the fragility of the Jews' position in society.  It was fascinating to discover that Kadish doesn't outline first, and that her research and writing are an interactive process. For example, if she decides that her characters will be eating a meal, she then researches the types of foods and how they were cooked, the cost of food, the different utensils, etc.

The day before, Ellen Share led a lively breakfast "book club" meeting, where attendees discussed the book. Ellen's insightful questions sparked debate, and, for me, brought together some of the elements of the story and how they related to each other (NO SPOILERS). We also discussed the merits of reading the book versus listening to it on audio. 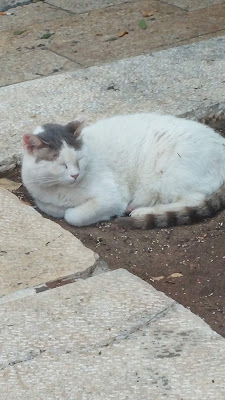 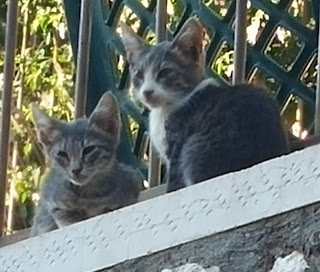 Email ThisBlogThis!Share to TwitterShare to FacebookShare to Pinterest
Labels: Association of Jewish Libraries, daf yomi, If All the Seas Were Ink, Ilana Kurshan, Rachel Kadish, Sami Rohr Prize, Talmud, The Weight of Ink