Open House is architectural event that takes place annually in Jerusalem. For three days,  free tours are offered of interesting and historical private homes, public buildings, and private collections. While many of the tours are on Saturday or on Friday before the first Sabbath after the clocks have changed, on Thursday I was able to visit some places which have interested me.

Tabor House was designed by architect Conrad Schick and built from 1882-1889. He lived there with his family until his death in 1901. Schick designed other famous buildings in Jerusalem including Hansen House, the Mea Shearim neighborhood (now inhabited by ultra-Orthodox Jews), the Ethiopian Church and St. Paul's Anglican Chapel and the German Deaconess Hospital (which are now part of the Bikur Cholim Hospital).

Full disclosure: I was most interested in the libraries, which were allegedly closed for renovation. The tour was given in Hebrew, and while the guide was excellent, I did not have a big interest in the architectural detail of the buildings. It is a very pretty house, and the courtyards add to its charm. 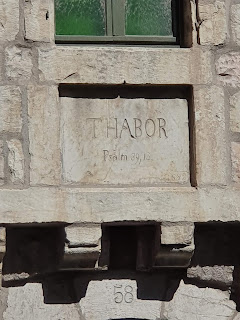 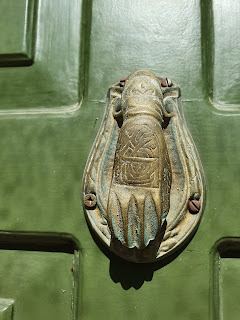 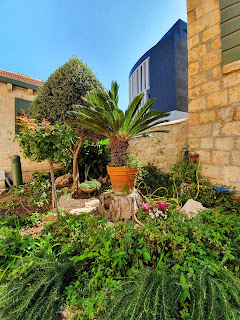 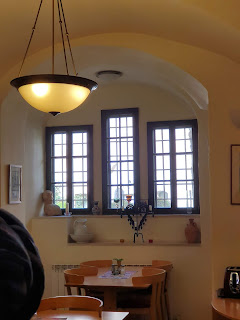 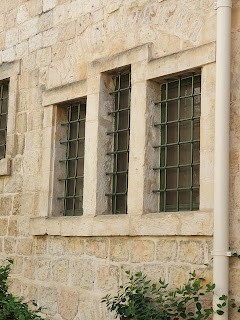 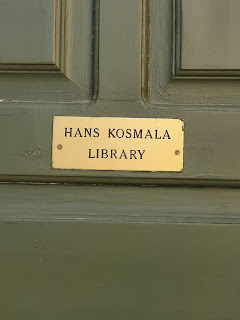 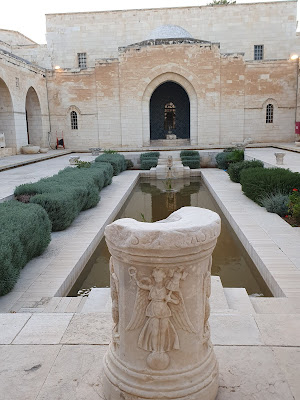 Touted at the most important archaeology library in the Middle East, the library of the Israel Antiquities Authority is housed in the Rockefeller Museum. Named after its benefactor, John D. Rockefeller, Jr., the museum was built in the 1930's and is "part of the legacy of the British Mandate period."

The library's collection includes books in many languages, and the librarian showed several books from the 1700's and 1800's with large pullouts of ancient cities like Constantinople (now Istanbul) and Aleppo, Syria (now destroyed by civil war). I enjoyed some of the features of the library; the old card catalog is still in the middle of the floor; there is a dumb waiter to move books to and from the downstairs stacks; and there are still bullet holes in the walls from the Six-Day War. 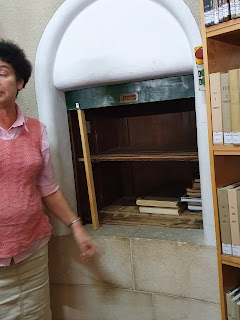 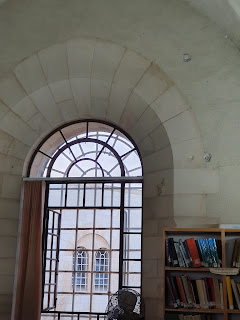 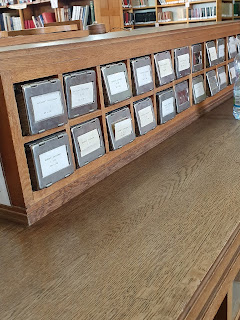 Extra care was taken in finishing the library. The floor is made of special materials to absorb noise, so you can't hear people walking around. The tables and chairs are all very smooth. All the shelves are bolted into the floor and walls, so that when they was an earthquake, nothing fell off the shelves. The cabinets with heavy books have rollers on the shelves, so the books can be removed easily. 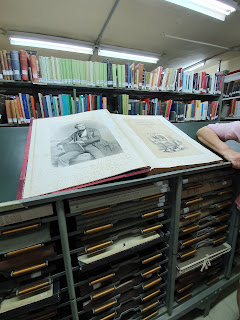 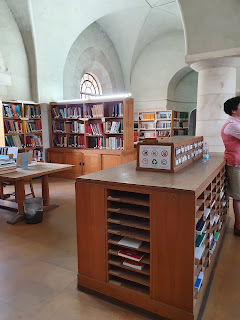 All in all, a very interesting and informative day. 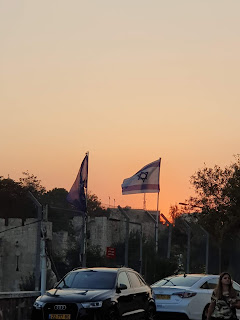