Life Is Like a Library has had a run of "less than ultimate" books. "Using our gift to only uplift," we try to stay positive in this space, so with the deadline looming, we were worried if we would have something to share for this month's Jewish Book Carnival. When all else fails, CHOCOLATE! Actually Green Beans, as we feature two recent books by this British publisher. 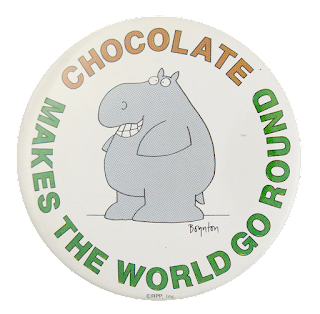 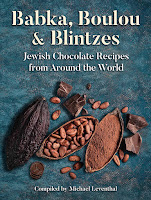 Babka, Boulou & Blintzes: Jewish Chocolate Recipes from Around the World (Green Bean Books, 2021) will be out later this month. Michael Leventhal compiled this collection of all things chocolate. The introduction discusses the history of chocolate and the Jewish connection. In the 1500s, Jewish traders in Spain "starting playing a key role in the creation and expansion of the chocolate market." These traders fled to France from the Spanish Inquisition, and Bayonne became the "chocolate capital of France." The recipes are organized by Cookies, Bars & Brownies; Cakes, Loaves & Tarts; Savory Dishes & Drinks, Hot & Cold Desserts; and Bonbons, Bites & After-Dinner Delights. Leventhal helpfully includes a glossary of UK-US terms and a note on measurements, so us non-Brits finally know that what the Brits call caster sugar is regular white sugar. Many talented people contributed recipes to the book, including Amy Krtizer Becker from What Jew Wanna Eat, foodie Joan Nathan, and Orly Ziv. Even better, all sales of the book help raise money for Chai Cancer Care.
Most of us have our go-to recipes for things like brownies and chocolate chip cookies, so this responsible reviewer decided to try something new: boulou. Boulou is a sweet bread or cake that Jews of North African (Libya, Tunisia) origin traditionally eat during the month of Tishrei. One taste tester thought they were mandelbrot, but they are sort of, kind or, but, not really. The dough is laid out in logs on a baking sheet and then sliced after the logs have been baked and cooled. They come out like a firm cake, not hard like mandelbrot, and they are perfect for dipping in coffee. 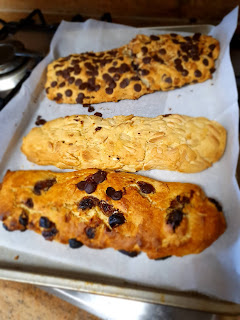 I made one almond, one raisin, and one chocolate chip, but next time, I will try making my boulou with a combination of all three. Here's the recipe (shared with permission of Green Bean Books):
BOULOU
from Fabienne Viner-Luzzato (www.fabienneshomecooking.com)
Makes 3 boulou (each one will cut into several slices; number of slices depends on thickness)
Prep time: 30 minutes
Cook time: 15-20 minutes
Ingredients
2 large eggs (2 extra-large eggs in the US)
150 g/5 1/2 oz/3/4 cup sugar
2 teaspoons vanilla sugar
125 ml/4 fl oz/1/2 cup vegetable or sunflower oil
about 500 g/1 lb. 2 oz/ 3 3/4 cups self-raising flour (extra for dusting)
100 g/3 1/2 oz/2/3 cup dark chocolate chips
50g/ 1 3/4 oz/ 1/3 cup raisins
50 g/1 3/4 oz/1/3 cup flaked almonds
1. Preheat the oven to 200 degrees Celsius/180 degrees Celsius fan/400 degrees Fahrenheit/Gas Mark 6. Line a baking sheet with non-stick baking paper.
2. Place the eggs, both sugars and the vegetable or sunflower oil in a mixing bowl and mix together using a fork. Start adding the flour slowly, mixing with your hands to form a dough. Mix the flour in well, avoiding leaving behind lumps of flour. Add enough flour to make a soft dough -- the consistency of the dough needs to be soft, easy to touch but still slightly sticky.
3. On the work surface, divide your dough into three equal portions to make three different flavored boulou. Add the chocolate chips to one portion of dough, the raisins to another and the flaked almonds to the final portion of dough, kneading each flavoring into the dough until evenly distributed. Cook's Tip: If you prefer, you can mix all the flavoring ingredients together (the chocolate chips, raisins and almonds), then simply divide this mixture into three and knead one portion into each portion of dough.
4. Roll the flavored portions of dough into three equal-length logs (you might need to dust the work surface with a little flour first) and then flatten each one into a rectangle about 5 cm/2-inch wide and 15-20 cm/6-8-inch long, then place on the lined baking sheet.
5. Bake for 15-20 minutes, until they become golden brown. Remove from the oven and transfer to a wire rack, then leave to cool completely. Once cool, cut into 2 cm/3/4-inch thick slices to serve (or you can cut them into thinner slices, if you prefer).
6. Store the baked logs in an airtight container at room temperature for up to 4-5 days, and slice them, as needed. They will keep for longer, but will dry a little -- but they will still taste amazing dipped in hot black coffee! 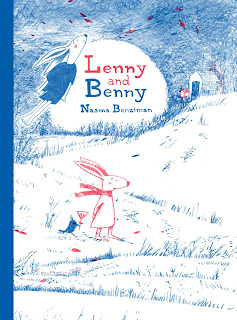 Besides chocolate, baking, and eating baked goods with coffee, one of our favorite things is Jewish children's books based on Talmudic stories, and Green Bean came through again with Naama Benziman's Lenny and Benny (Green Bean Books, 2021). Originally published in Israel as Noni and Noni-Yoteir (Morris and Morris-More), it is based on the story of Kamtza and Bar Kamtza (Babylonian Talmud - Gittin 55B). Lenny and Benny are two rabbits that started as friends, but became not so friendly. When Benny has his birthday party, Lenny is accidentally sent an invitation and shows up. Benny wants him to leave. Lenny, much like Bar Kamtza, offers to help with the party, but Benny refuses and kicks out the humiliated Lenny. In this children's book, the story ends happily and Lenny and Benny reconcile. In the Talmud, Bar Kamtza exacts revenge by spreading rumors about the party host and his guests, which ultimately leads to the destruction of the Second Temple. The blue and red illustrations provide a simple complement to the heart-felt text, and I love the double fold out of Benny's party.
While boulou are usually served in Tishrei, and the story of Kamtza and Bar Kamtza is usually told before Tisha B'Av, they are both appropriate all year long. Cake and coffee are always great, and, for as much as baseless hatred (sinat chinam) was responsible for the destruction of the Temple, unconditional love (ahavat chinam) (and maybe chocolate) will hasten the building of the Third Temple. May it be quickly and in our time!
Sad news from The Real Cats of Israel. Our kittens got sick and are no longer with us. We miss you Yuki, Stormy, and Clawdia! 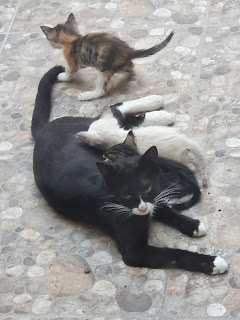