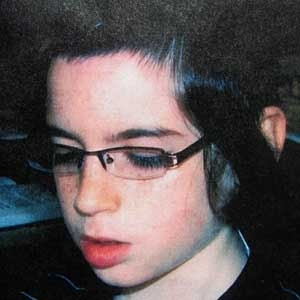 Leiby, Leiby, Leiby! Please intercede for us. It has been a week since God’s will has been done, and I am still deeply affected by all the events. It was with tremendous sadness that I had to change my supplications for Yehuda ben Ita Esther to prayers for Yehuda ben Nachman z”l. Barach Dayan Haemes. I have to repeat it to myself frequently because nothing makes sense to me, and it never will.

I have gone through a myriad of emotions, particularly Elisabeth Kubler-Ross’s 5 stages of grief:

I first I was in DENIAL. I could not believe something like this could happen in Boro Park to an innocent child, to a mother who wanted to give her child independence, to a community that prides itself on its safe streets.

I moved on to ANGER. How could this happen? Why aren’t the mentally ill given proper care? How crazy is this world that a boy cannot walk home in his neighborhood?

I think I passed BARGAINING. As I waited anxiously and the story unfolded, I wrote a check to a charity, I prayed fervently, I was exacting as I made blessings, and I hoped beyond hope for a happy outcome.

I then moved on to DEPRESSION. How can I live in a world like this? What is the point if things like this can happen?

It’s taken me a while to get to ACCEPTANCE. I guess the hardest thing is accepting God’s will and accepting that I can never understand God’s will. I am a mere mortal, and it will never make sense to me. For a while I could accept that God needed Leiby’s precious neshama with Him. I could accept that everything is predetermined, but that people are given free will. The hardest thing for me was accepting that Leiby’s mother would be in pain for so long, that she was so careful for his safety, planning the route to walk, practicing, meeting him halfway between camp and home, and facing the nightmare of all mothers: her son was not where they were supposed to meet.

I accept that the situation gave many people the opportunity to do their best – those who prayed, those who searched, those who comfort the family, those who did a Kiddush Hashem by showing non-Jews how the community united during a crisis, and the NYPD and other city agencies who did their utmost.
As your passing still haunts me, I know that the events have brought up a lot of fear for me. Am I afraid of losing something? Well, I’ve lost my innocence about the world; I’ve lost the idea that an Orthodox Jews could not commit a heinous crime. I’m also afraid for my nine-year-old son, who loves to ride his bicycle and revels in his independence to visit his friends in the neighborhood. How do I protect him without stifling his natural ebullience?

Am I afraid of not getting what I want? I was hoping the world was a nice place, so it scares me that things are not the way I would like them to be, and that I have no control to make them that way.

Am I afraid of being found out? I think every mother worries about her children in many ways and wonders if they are “good enough.” I let my son go out thinking I am helping him to grow, but what if I am leaving him vulnerable? It’s a very hard balance.

As the media crawls all over this, suggestions are made to give kids special cell phones to call their parents, to mount surveillance cameras all over the city, to give kids tracking chips so parents so where they are.

As we enter the three weeks, I naturally feel sad for what we have lost – the Beis Hamikdash, the Biblical land of Israel, the unity of the Jewish people. I feel sadder that the consequences of these losses are so evident today. So Yehuda ben Nachman, please intercede for those who have to live in a world without you.
Posted by KSP at 6:51 AM