One thing you notice when you are in the major cities of Israel is the number of feral cats. One 2012 study estimated 2 million stray cats running around Israel. Considering there are about 8 million people, the number is staggering. 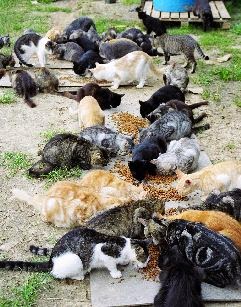 Most people do not like these furry creatures, who are often found eating out of garbage dumpsters and have been dubbed "Israel's squirrels." There are also large colonies that are often loud and smelly.

But for cat lovers, it's kind of a treat to see the variety of felines and their playful kittens. Two recent books combine two of my loves: Israel and cats.

The Cats of J-Town

In Raphael N. Karp's The Cats of J-Town: A Clash of Colonies (Contento de Semrik, 2014), something is brewing in J- Town. The Teacher, who is the leader of her colony, calls in Flax and Hiker. Their mission is to deliver a message to the leaders of the 45 colonies throughout the territory: the Teacher is calling a grand meeting in the junkyard of the Old City to insure that the colonies live together in relative peace.  The cat colonies, to one degree or another, follow The Shargtha Laws: nine tenets that including respecting your fellow feline and not being greedy.

This is also the coming of age story of Flax, a young cat who has never ventured outside his colony's territory before. This mission challenges him in many ways, and he returns a changed cat. First he and his "guard" Hiker encounter the Deocats, who are either black, white, or black and white, and led by Mushka. They also pray (in Shargtha Law -- Hatsis) nine times a day.  While Mushka tends to be a Lubavitch name, it looks like the cats stumbled into Meah Shearim, with the cats rigidly following the laws and praying in groups. The female cats pray separately from the male cats, and if perchance a calico is born in the colony, she will be sent away. 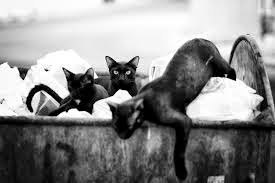 The next colony are the Climbers, led by Zimra.  They are much more laid back, vegetarian cats, who only have nine cats in the colony. They also practice Catscension, which is a method of cat focus and meditation. Flax tries it and has amazing results. 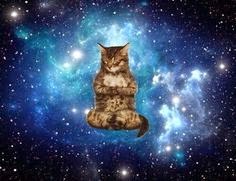 From there they visit the Chasers -- polite and speedy, then onto the "Faircats," who area all shades of ginger, yellow and light brown; 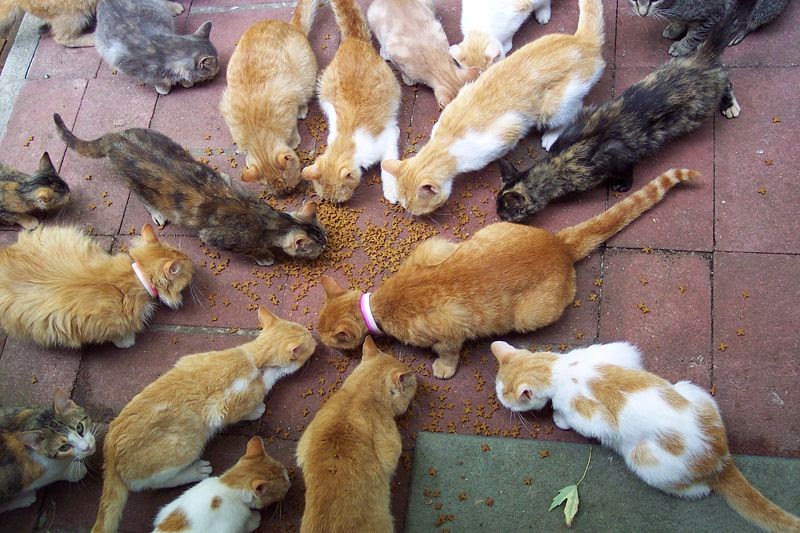 the "Rollers," who roll and groom; 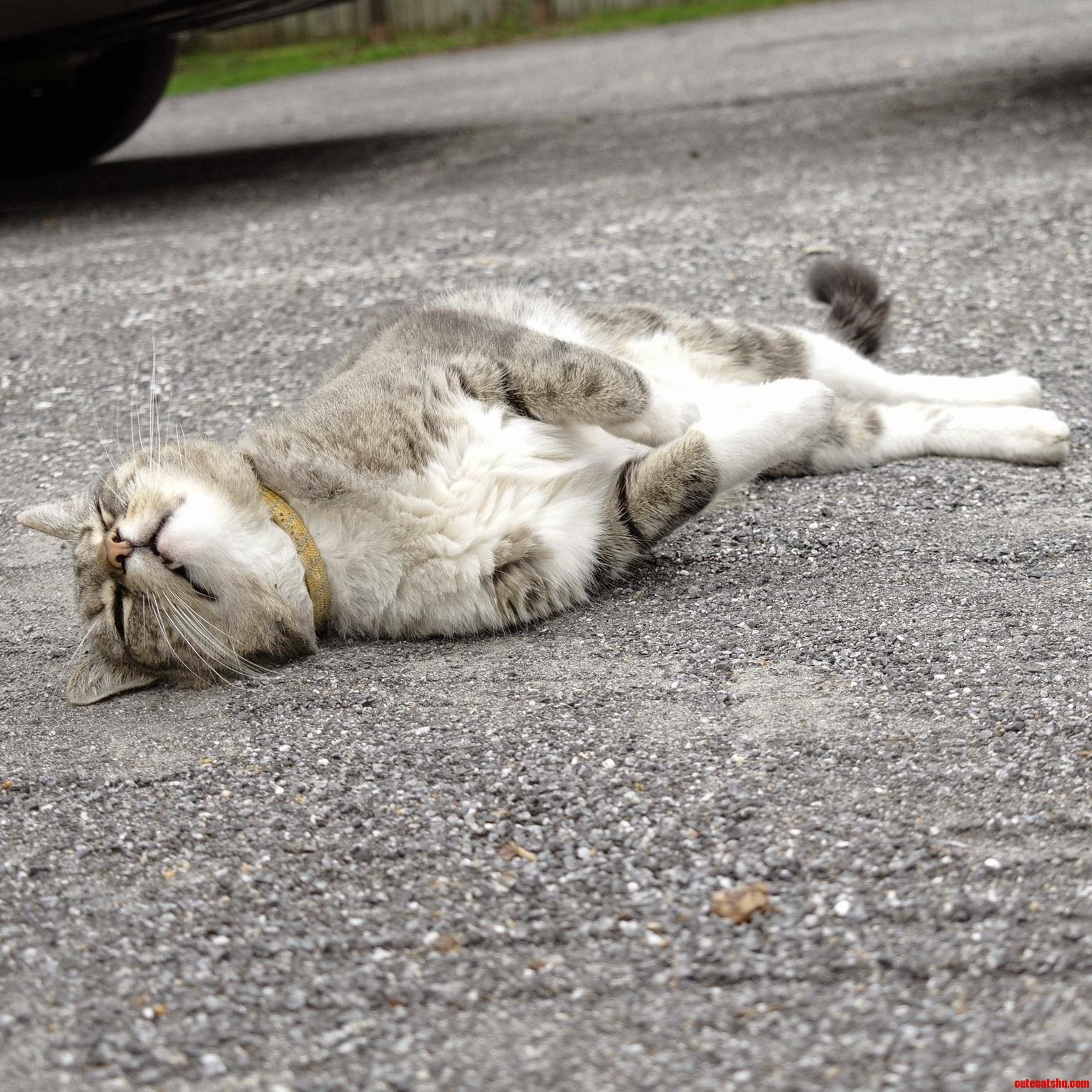 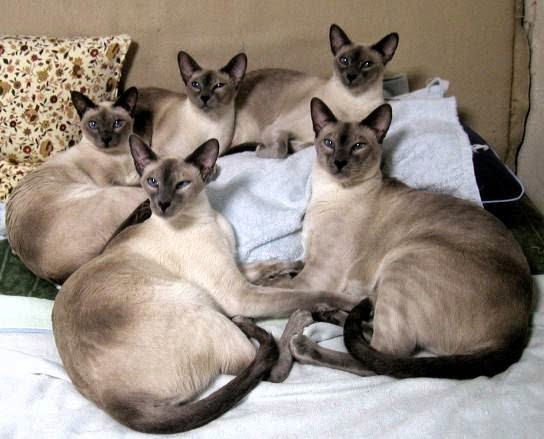 Shufflers, who enjoy dancing, the Authenticats, who also host the cat army, and the self-proclaimed "Protectors of J-Town," who seem to be the anarchists of the group.

When the grand meeting takes place, there is definitely tension.  The Deocats see the meeting at pointless unless the "Protectors" show up.  They finally make their appearance, and their leader, No-Tail, tries to convince the gathering to abandon the Shargtha.  When No-Tail's colony surrounds the junkyard, Flax and Hiker organize the cats for battle and...NO SPOILERS - go and read the book!

Did I love this book? Of course! It reminded me a lot of Erin Hunter's Warrior Series with the different clans and the codes and the prophecy and ALL THE CATS!

Hiker reminded me of one of the cats that frequents my backyard, whom I have been calling Notorious B.I.G. 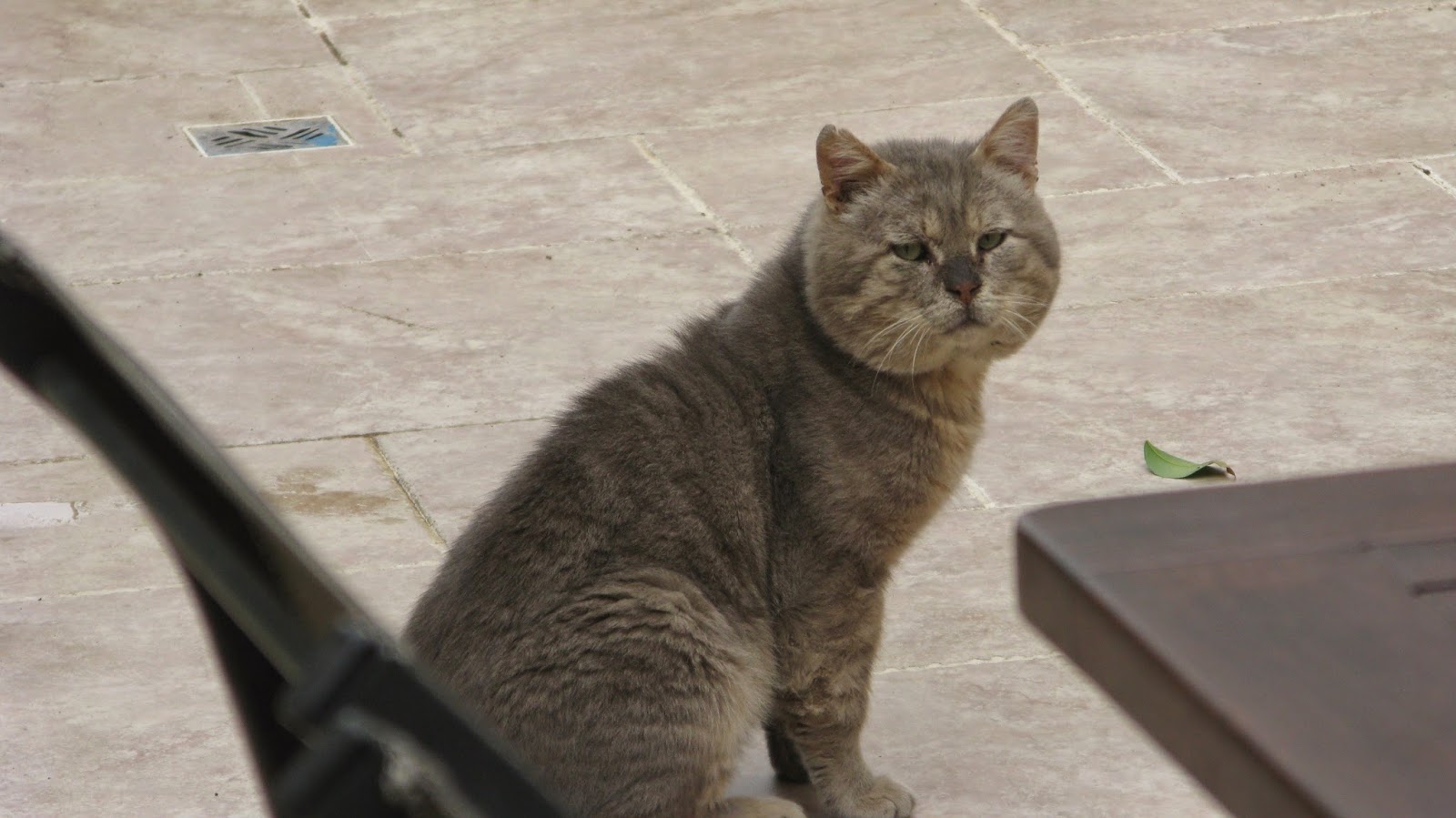 The Cat at the Wall

After Three Wishes and a teaser on the back cover that begins "On the West Bank...", I did not have high hopes for Deborah Ellis' most recent book, The Cat at the Wall (Groundwood Books, 2014). But I was pleasantly surprised and intrigued by Clare the Cat. She was a 13-year-old girl growing up in Bethlehem, Pennsylvania when she was killed.  She comes back as a cat in Bethlehem in the Middle East, and is in the middle of a tense situation: Israeli soldiers have commandeered a house to use for surveillance, unaware that a young boy is hiding there. Clare, who was a rather selfish and snarky pre-teen, uses her new felines skills to help the boy.  I loved Clare's voice, and this time around Ellis shows the nuanced and complicated relationships between different factions in the region. 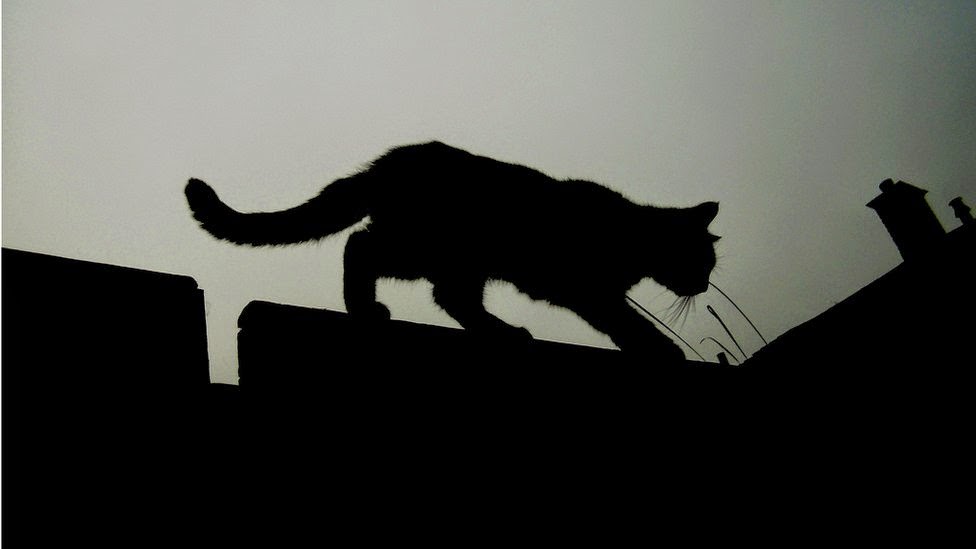 Coincidentally, or maybe not, as I was reading these books, a colony moved into my area. Here are the cats of B-Town: 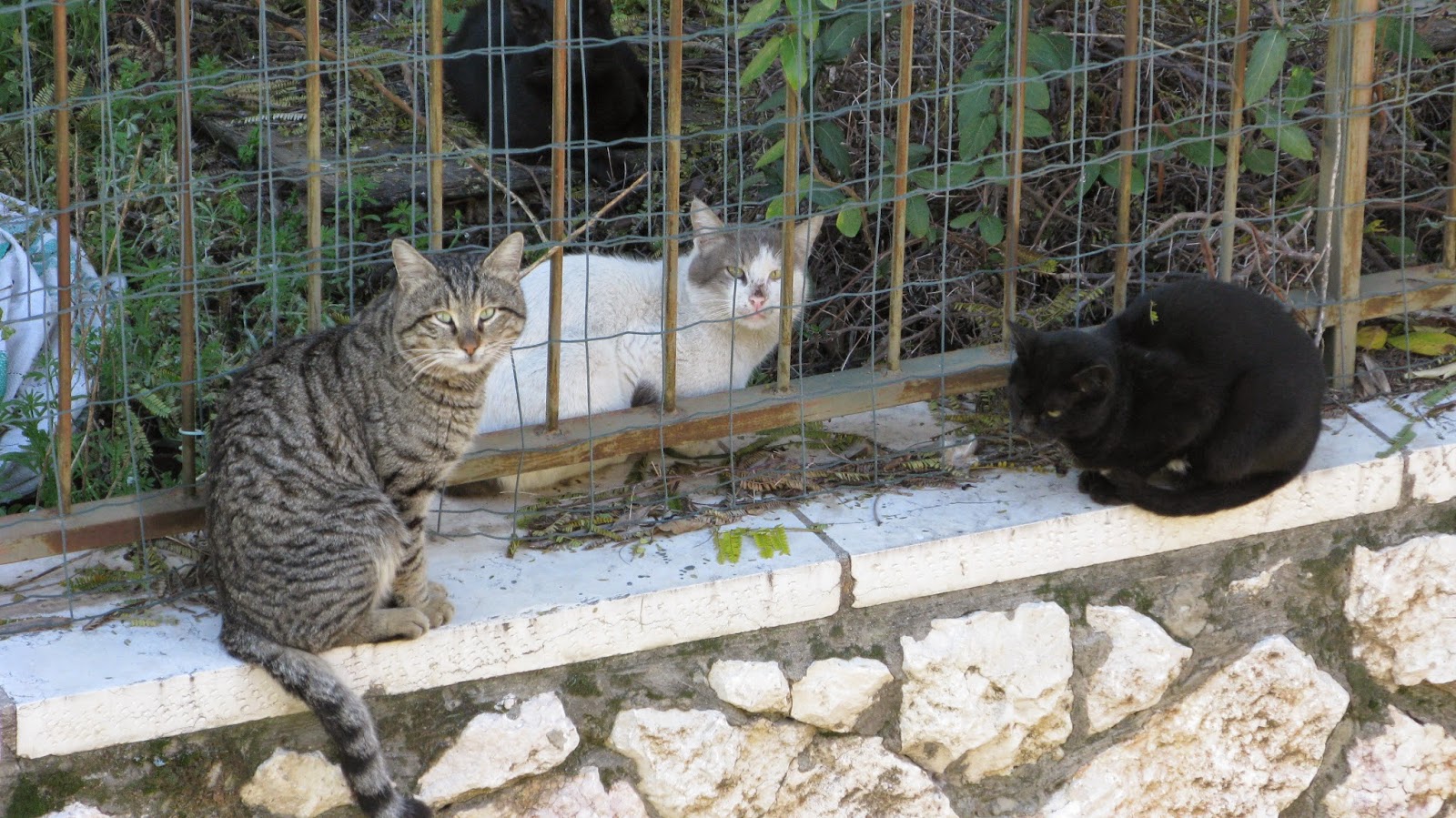 Email ThisBlogThis!Share to TwitterShare to FacebookShare to Pinterest
Labels: cats, Deborah Ellis, Israel, Real Cats of Israel, The Cat at the Wall, the Cats of J-Town