Last month was all about cats, but this month it's about a dog. I stopped by the Urim Publications booth at the Jerusalem International Book Fair and picked up a copy of The Jewish Dog by Asher Kravitz (Penlight Publications, 2015).  The book was originally published in Hebrew as HaKelev HaYehudi by Yedioth Ahronoth in 2007.

This dog narrates his own story, starting with his birth (in 1935) and through a succession of owners. He goes from "the white one with the black circle around his eye and brown patch on his chest" 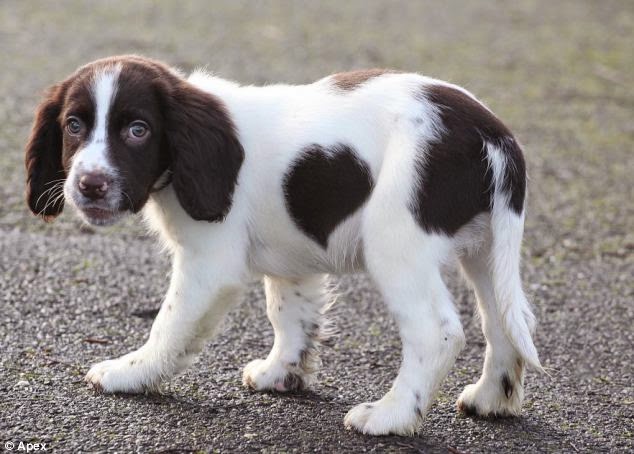 to being Caleb, as his mother's family decides to keep him and give him a proper name. Caleb loved the Gottlieb family and they loved him. The children would feed him table scraps, and Caleb always knew when it was the Sabbath because he got more delectable leftovers from the meals.

But he lives in challenging times.  The situation in Germany deteriorates quickly, and his carefree days as a well-fed and loved puppy are overshadowed by harsh reality.  First, the Nuremberg Laws are enacted, which means Jews cannot own dogs nor use the public parks.  Caleb is given to a former colleague of Kalman Gottlieb and from there is handed off to a variety of owners. Caleb can understand human language and human emotion, so he can sense which people are fearful, or keeping secrets, or are confident and secure.

You will have to read this one for yourself, but you'll be happy you did.  While it is Caleb's story, different aspects of life in Nazi Germany are integrated into the plot, so you get both a dog story and a sense of history and its effect on individuals.

This was one of those books that I enjoyed reading for its cleverness and twists and turns, but read with some anxiousness, wondering what would happen next.  Because of the Holocaust content and some adult themes, it is very highly recommended for young adults and adults. It is also my pick for the Mildred L. Batchelder Award - the American Library Association Youth Media Award :"given to the most outstanding children’s book originally published in a language other than English in a country other than the United States, and subsequently translated into English for publication in the United States."